Literary Translation from German to English

I’ve now got three translated and published books under my belt, and I can certainly say it’s a nice feeling.

As a freelancer translator and solopreneur you don’t have colleagues on hand to clap you on the back and say “well done”, so it's nice to glance at the bookshelf occasionally for a bit of self-affirmation!

My first translation was The Energy Imperative by Hermann Scheer, all about the push for renewable energy. My English translation hit the bookshops in December 2011, so Christmas presents were easy that year!

The second isn’t such a fun read: The Heat Pump Planning Handbook by Jürgen Bonin (2015), but very useful if you’re building a house and want to save on heating costs by installing a heat pump!

The third was collaborative effort (2017), and again renewables-based, about the goings-on behind the approvals process for the pesticide Glyphosate in the US and EU. 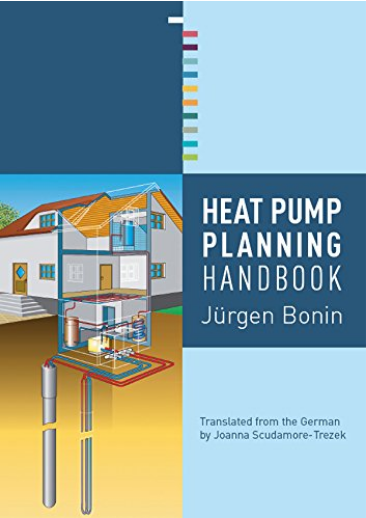 The Glyphosate Files,  Smoke and Mirrors in the Pesticide Approvals Process, Helmut Burtscher-Schaden

I was naturally very excited to be asked to translate the German original of all these books, for I think it’s fair to say that, in many ways, literary translation from German to English is seen as the pinnacle of the translation profession for any German translator.

What is literary translation?

Well, according to CEATL – the European Council of Literary Translators’ Associations – there are 2 definitions of literary translation.

The majority of European countries, including the UK, Germany and Austria (i.e. our English and German audiences), define a literary translator as someone who translates any work published in book form and protected by copyright. This covers scientific books, text books, non-fiction etc.

Other European countries limit the definition to pure literature, i.e. works of fiction, plays and poetry.

Amazingly, for a small country with a population of only 8 million, Austria has around 280 active (i.e. one publication every 2 to 3 years) literary translators. Germany, as you’d expect, has more, at around 2,000.

The figure for the UK is only 50, with only 3% of annual publications being translations into English. This is an exceptionally low figure, and not particularly promising for anyone wishing to make literary translation a career.


So how did I get these German translation jobs?

Back in 2010 I received an email from UK publishers Routledge, out of the blue, asking if I was available.

They’d found me via this website which clearly shows how import it is for translators to be active online. The two book translations are certainly my biggest one-off jobs, making the time invested in my website more than worthwhile.

As I was being commissioned by a publishing house which had already published two of the author’s previous books in translation from German to English, they were familiar with the commissioning process and going market rates.

I wasn’t, so I did some research.

Logically, the fees a translator is paid reflect the length of the book. This is calculated either:

The 2008 CEATL survey outlines the minimum, average and maximum rates in each country (only summary of rates in the 2017 version).

Can you make a living from literary translation?

Short answer, I doubt it.

So no, the cash isn't sloshing around. Most literary translators will also have other careers, as lecturers, teachers, etc., with literary translation from German to English more of a side-line.

It’s also a form of reputation building for linguists, similar to the way in which academics are expected to publish regularly if they wish to maintain their professional profile.

Having your name in print has to be the ultimate form of recognition for a German to English translator, even if your name is only on the inside cover (the limited profile of the literary translator is another industry sore point). It’s “official proof” of your abilities. So, it feels good.

You have a set amount of time available for your book translation from German to English and can allocate your working time as you wish. Plus you can use your time more efficiently by continuing to accept other work, thus reducing your overall non-translation “downtime”.

Whatever the length of a translation, you must first analyse the style of the German text and research the terminology of the subject area before deciding best how to render this into English.

However, the longer the translation, the relatively shorter this research time is, and increased familiarity with the subject area means that the translation process tends to become quicker the further you get into it.

You don't translate books to get rich. According to CEATL, translator incomes in the UK are around half of average incomes in the manufacturing and services sector. This is unlikely to change, and so you’ll probably need to boost your income with other forms of translation or language-related work (as I do it with this website). Grants are also available for funding literary translation.

You may need to refuse work from some of your usual clients if time schedules clash - although this may be your chance to start your own agency, and contract extra work out. And it is a good way of reminding your clients just how in demand you are!

A book = generally a lot of text = a lot of typing. This is something I have only recently been forced to consider, after a bout of RSI which made typing painful.

However, speech recognition software is a great solution – I solved the problem by using Dragon Naturally Speaking software which even had the added benefit of speeding up the translation process.