How Dragon Naturally Speaking software can hugely improve your business - and health - as a German translator! 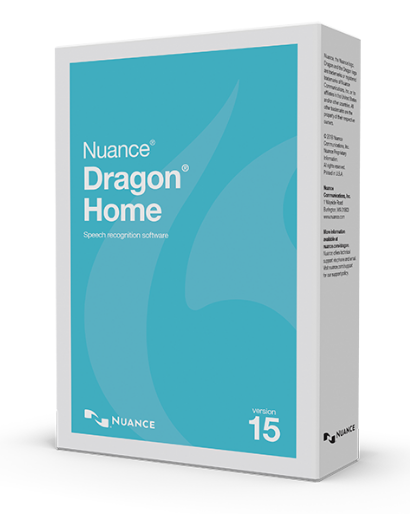 Dragon Naturally Speaking software has turned my life as a German translator upside down – but not for the reason you may think.

Yes, it helps me translate faster, and more efficiently.

My needs were different, however, and I suspect I might not be alone.....

As a forty-something, I recently realised that I’ve spent almost half of my life in front of a computer screen, tapping away at a keyboard and clicking a mouse.

So far, no problems – I’m healthy, had a very sporty youth, do a fair amount of daily activity and lead a busy family life.

Then one summer I suddenly noticed that it was painful to lift weights or twist anything using my right arm.

I was on holiday and assumed I’d wrenched my arm without really noticing.

The pain came and went for the next six months, while I typed with gritted teeth and assumed things would gradually get better.

But after playing table tennis with my daughter one afternoon and then spending the evening in agony, I realised that whatever-it-was wasn’t just going to go away. 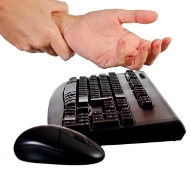 The official diagnosis was tennis elbow and inflamed ligaments, and I went through the time-consuming process of physiotherapy, stretching, supporting armbands, etc.

The physiotherapists all smiled understandingly and say, yes, too much time in front of a computer, clicking that mouse.

Yes, OK, but what's the solution?!

Well, first I moved the mouse over to my left to reduce the strain on my right arm, and was pretty pleased at how quickly I became "ambidextrous".

(I really recommend trying this. It has reduced the pain hugely. I'm sure that generally the secret lies in fewer repetitive actions, and keeping physically strong.)

Then I started some online research to see if I was alone with this problem.

Of course I wasn’t, and I quickly realised speech to text software might be the solution.

Is speech to text software the solution?

I trawled the major translator directory forums to find recommendations and reviews about speech to text software and voice recognition dictation software.

It was quickly clear that one brand was more popular with the translator community than anything else.......Dragon Naturally Speaking.

Looks like my elbow problems had come at around the right time. The Dragon Naturally Speaking software is now up to version 15, but when my problems first started, version 11 had just been released.

According to comments in the translator forums, it seemed the software had become sufficiently advanced and nuanced that speech to text software was now a real help in translation.

So I ordered  Version 11, which wasn't nearly as expensive as I'd feared, and waited with baited breath.

These were my first impressions :

Quick and easy. I had to read a few passages of text – 5 or 10 minutes in all, for it to generate my voice profile, and it also read through the documents and emails on my computer to analyse my typical vocabulary.

I was impressed by the speed at which it seemed to feel happy with the way I speak, and on the whole I was very impressed with its accuracy.

It has a clever application which allows you to train the pronunciation of particular words which may not be in its vocabulary. And you really can speak quite fast indeed without it having any problems understanding you. (I wrote this article using Dragon!)

I do get very impatient with software - I just want to install it and go. I tend to ignore complicated instructions.

So I'm delighted to report that the Dragon Naturally Speaking software is quick to get the hang of, although there must be a considerable number of shortcuts I've not yet discovered.

The basics are simple – just say what you want. For example, to write this....

"I'm pretty sure anyone could use it!"

How could Dragon Naturally Speaking be improved?

The headphones that came with the Dragon Naturally Speaking software installation CD failed to recognise my voice. At the time, swapping headphones for a set with a USB port immediately solved the problem. But that was version 11, and it's now at Version 15. Generally, the better your headphones, the more accurate the transcription.

The software wasn’t primarily designed with translators in mind. So as a German translator, if I want to use an online dictionary I still have to manually input any German term I want to look up.

So speech to text software isn't a way of getting rid of the keyboard entirely.

A bilingual software combination, in which one could hop between languages, would be nice (if the Dragon software developers are listening!).

Much discussion about the software in the translator forums was centred around whether it really helps to boost output, i.e. can a translator do more work in less time.

The general opinion seemed to be that it's valuable as a supplementary tool, rather than purely boosting speed - but that wasn't my primary reason for purchasing it.

And the challenge for Dragon Naturally Speaking is the English love of homophones.

For example, when my translation included "Herd of Wild Boar Fleeing into a Wood", my Dragon Naturally Speaking software offered "heard of wild bore fleeing into a would".

Fair enough, there wasn't much context for the software to work with. And with such a high concentration of misspelt words, it was easy for me to pick them up.

The danger really lies in longer passages of text which get interspersed with the occasional no/know, there/their, to/too/two, as well as sure/shore and seen/scene etc. which can slip through during the final read through.

But the software is developing in leaps and bounds, with a focus on  eliminating just such problems.

Dragon’s instructions invite you to speak as fast as you wish and preferably in whole sentences - easy if you’re dictating an informal email.

But when I translate, I often need to attack some of my German sentences in sections, and mentally rearrange them before putting them in writing – which means I speak in shorter bursts, making it harder for my Dragon Naturally Speaking software to recognise context. This creates greater chance of error.

I also suspect a touch of prudery on the behalf of the software developers which meant it was difficult to translate the German Kohlmeise (Great Tit), with the software refusing to spell the second word correctly.

If you use a CAT tool and have a home version of Dragon, you'll know what I'm talking about.

Instead of being able to enter the text directly into the segment being translated, Dragon opens up an overlaying text box. When finished, you need to click "Transfer" to enter the text  into the CAT tool, in my case Wordfast. Not a major problem in itself, but slightly annoying.

I discovered Dragon Naturally Speaking just before translating my first German book into English (all about renewable energy – fascinating and very timely).

At around 70,000 words / 250 pages, that would have been a lot of typing. My speech to text software really helped my right hand, and I don’t think I could have done it otherwise.

I use the software for the “first run” of the translation – with my head down in the German original, occasionally glancing up to check that Dragon is actually transcribing what I'm saying.

Going over translated passages and rewording/reorganising sections is also fast. But I would recommend turning the speech to text software off for the final read through, if only to avoid the occasional "up" and "are" which seem to get scattered all over the text when I hiccup, cough or tut!

I haven't calculated the time savings in a scientific manner, but my distinct impression is that, all in all, I need less time physically getting the English translation onto paper and so have more time to spend thinking about it.

In summary, I wouldn’t be without it. A thoroughly worthwhile piece of software for every translator's armoury. For full-time or occasional use, and with or without your mouse.

Have you tried any speech to text software like Dragon Naturally Speaking software? What version are you using?

If so, I'd love to hear how you got on and what you think of it.